IN THE NEWS: A resurgent WashCo Bikes is shaking things up on the westside 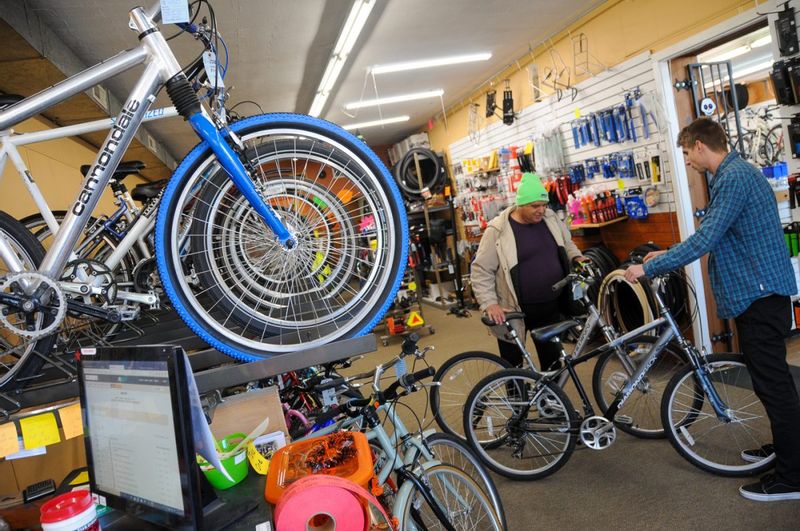 An organization that specializes in giving new life to old bikes has gone through a refurbishment of its own in the past 15 months. From new retail shop space to new partnerships and employees, WashCo Bikes is rolling in many directions since hiring Joe Kurmaskie as its first paid executive director last year.

I rode out to Downtown Hillsboro this week to check out their headquarters and hear the latest from Kurmaskie. Tucked just off Main Street inside two freshly-painted storefronts, WashCo Bikes was abuzz with activity. Sales Manager Mike Patnude was helping a customer with test rides and Dirk Pauwels (son of Portland bike racing pioneer Franz Pauwels) was busy working on bikes.

As I talked to Kurmaskie on the sidewalk out front, he stopped mid-sentence to help someone through the front door.

Kurmaskie, known to many as the “Metal Cowboy” from his speaking gigs and series of humorous books, didn’t want to miss an opportunity to make a connection. While I was there he told everyone that came in about the organization’s programs, asked if they wanted to volunteer, and asked them to become a member. Kurmaskie’s trademark energy and promotional verve seem to suit him well in this new role.

“When I got here, I told them I’m not just going to fill a chair,” Kurmaskie said, “I’m going to get a lot louder. And we’re making some waves.”

Formerly known as the Washington County Bicycle Transportation Coalition, WashCo Bikes was founded as a nonprofit in 2005. Before hiring Kurmaskie, the organization spent seven years in “survival mode” sustaining itself with volunteers and a few small events. Citing “much opportunity for future growth” and a desire to take the organization to the next level, the WashCo Bikes board hired Kurmaskie in July 2018.

“We’re like the Community Cycling Center, The Street Trust and Bike Loud PDX all wrapped up into one,” he told me as we walked over to a defunct bank on Main Street. When Kurmaskie learned hundreds of donated used bikes were being stored in a church and just gathering dust (and an $800 a month storage fee), Kurmaskie negotiated a lower-priced deal with the bank building owners. “And these bikes aren’t stagnant,” he said, “I’m not in the business of storing bikes, I’m in the business of getting bikes into the public’s hands.”

And that’s just what WashCo Bikes has been doing.

Kurmaskie told a story about a summer camp trip to Bullwinkles. As dozens of young campers parked their bikes at a brand new rack out front, the owner came out to say how hard he fought against the new bike parking. Then after seeing 25 bikes parked in and around it, he changed his tune. “I’m gonna’ need more bike racks!” he told Kurmaskie.

Used bike storage inside the old Bank of America building.

These are the kind of shifts in perception Kurmaskie cherishes. Still a Portland resident, he knows the traffic culture in Washington County isn’t exactly welcoming of bicycle users. That’s something he’s trying to change, and it all starts with the shop.

With a dearth of bike shops in the county, WashCo Bikes is an oasis in the desert.

For years the shop was crammed into a small space where mounds of used parts and bikes towered floor-to-ceiling. People couldn’t get to products to buy and workers had no idea what type of inventory was available. Earlier this year they opened a new space next door that now houses a clean and organized retail shop that’s open seven days a week and has a section in the back for cheap used parts. Sales have skyrocketed ever since. The original space is now reserved for service and tune-ups as well as receiving used bikes to refurbish for donation and resale.

Beyond the shop, WashCo Bikes can be found been tabling at events throughout the county, making new connections and raising the profile of the organization and bicycling in general. Kurmaskie has joined the Hillsboro Chamber of Commerce and maintains a presence at the weekly Tuesday Night Market Downtown.

With the organization more stable and respected in the community, Kurmaskie is at a point where he wants to start doing more direct advocacy and political lobbying. “Why? Because we have people out here with ‘One Less Bike’ bumper stickers,” Kurmaskie said. “The culture out here is going in the wrong direction and the cavalry’s not coming to save the day. We’re it. It’s just us.”

WashCo Bikes currently has around 350 members. Kurmaskie would like to see them have 3-4,000 members, but knows it won’t happen until they jump into advocacy. One of their first forays is to bring Sunday Parkways to Washington County. Kurmaskie says he’s negotiating with the City of Portland to “franchise” their successful model and hopes to have it up and running by 2021 (if not sooner).

An open streets event will be WashCo Bikes’ first opportunity to lead conversations about prickly topics like reducing driving capacity on major streets and prohibiting parking to make room for a carfree event. Kurmaskie is no stranger to activism, but he’s aware this the confrontational and self-promoting ways of his younger days are not likely to serve him as well in his new role. “As an author, it was always about me. As an activist, I had to be confrontational,” he said. “Now I think I’m more measured and collaborative at how I go about things.”

Even with an intent to be more measured and facing a community with precious few bicycle riders, Kurmaskie says they won’t drop their bike-centric focus like The Street Trust did in 2017. “We will always and only be about bicycles. We won’t branch out,” he said. “I’ve seen that when you try to expand beyond bicycles it muddies your mission and you end up being nothing to nobody.”

The sense of urgency around this work for Kurmaskie can be boiled down to two things: his activist roots and his recent comeback from a very serious illness.

“Daylight is burning and I’m all about many hands making light work,” he said. “And I don’t care who gets credit for what… I’ve already been dead and it’s sort of liberating. It changes you.”

If WashCo Bikes’ resurgence mirrors the turnaround in Kurmaskie’s health, we’ll be hearing a lot more exciting things from them in the months and years go come. 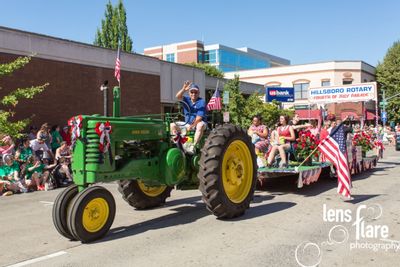 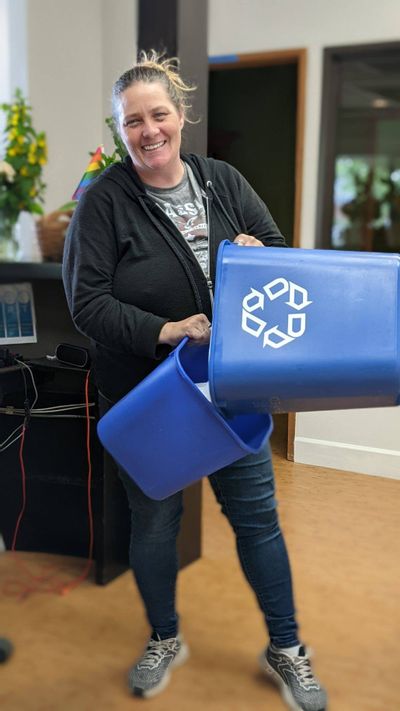 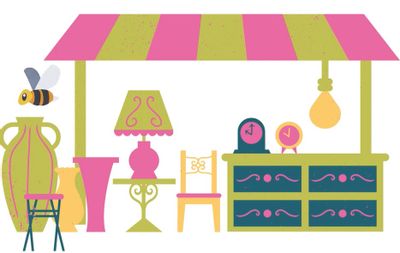 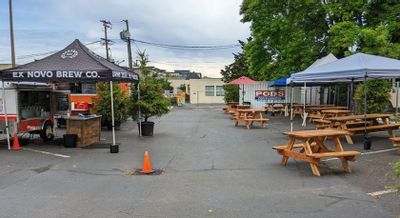 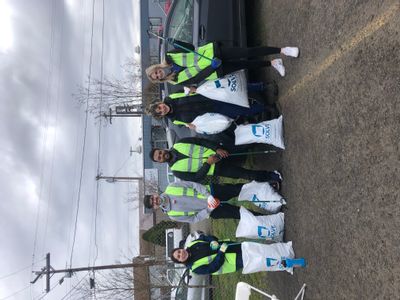 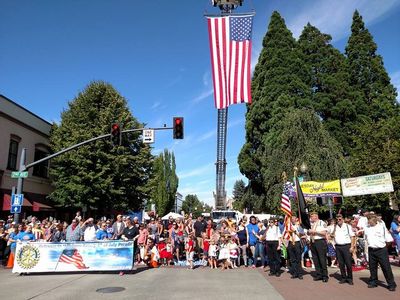 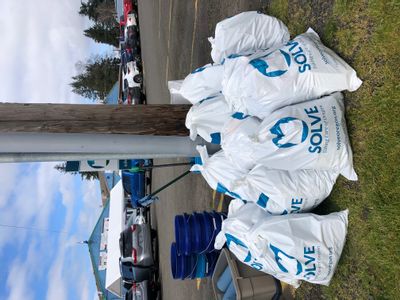 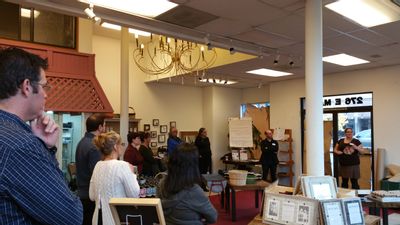